Sailing Holland and DutchSail announce that they will compete in the upcoming edition of The Ocean Race with 'SAILING TEAM NEXTGEN'. A Dutch-owned team sailing on behalf of yacht clubs the KNZ&RV and KRZV De Maas. The campaign focuses on future generations and is supported by five partners, each of whom is committed to the next generations based on their own expertise. In addition, the team can count on the support of a large group of companies, united in a business club. It's the thirteenth time in fourteen editions a Dutch-owned team will compete in the world's most prestigious sailing competition around the world. The campaign can count on the support of Carolijn Brouwer, who made history in the last edition by being the first woman to win the race.
Klik hier voor meer informatie

“And under the leadership of DutchSail, we also try to bring together as much as possible of the knowledge and science that is available in the Netherlands. Working together is our strength”

“We are currently still looking for partners. Preferably several that all contribute a bit, we have different packages for this, from large to small”

Sailing Holland and DutchSail have a joint ambition to appear at the start of The Ocean Race with the VO65 in 2022-2023. After previous participations in 2014-2015 and 2017-2018 as Team Brunel, it will be the third time that this Dutch boat will appear at the start.

Since 1973 (then under the name Whitbread Round the World Race), the Netherlands has been participating in this toughest race around the world. Flyer I and II, Philips Innovator, Equity & Law, Heineken, Brunel Sunergy, ABN AMRO I and II, ING Real Estate – Brunel, Delta Lloyd, Team Brunel, Akzo Nobel. Not bad; All elements of the Dutch DNA are in the Ocean Race: sailing, water, wind, teamwork, pride, perseverance and guts...

Time to pull out all the stops and make ourselves hard again to participate. The competition is great. Ivo van der Mark: “Although Janssen de Jong Group does not present itself as the main sponsor The Ocean Race 2022-2023, we are proud that with the current partnership we can form the foundation for the ambitions of the team.”

Strong together at the start in 2023 under the Dutch flag!

Where we competed in previous editions, it has now been decided to work together: Sailing Holland, DutchSail, Watersportverbond, the best Dutch sailors and the major sailing associations.

Gideon Messink: “We are currently still looking for partners. Preferably several that all contribute a bit, we have different packages for this, from large to small. At the same time, we try to give the young Dutch sailors the opportunity to spend as many hours as possible on the boat and gain experience. And under the leadership of Dutchsail, we also try to bring together as much as possible of the knowledge and science that is available in the Netherlands. These are challenging times but it does feel like we are gaining momentum together.”

“We would like to inspire this new generation with entrepreneurship, innovation and courage. We want to show that dreams come true if you persevere and work together”

After a great sailing campaign of more than two months, Team Childhood I arrived home in the port of The Hague with the Volvo 65. The team won the prologue during this period and finished fourth in The Ocean Race Europe. Janssen de Jong Groep takes over the position of the World Childhood Foundation on the boat for the rest of the year.

Janssen de Jong Group joined the main partners of Team Childhood I in April 2021. Ivo van der Mark, CEO of Janssen de Jong Group: “Sailing fits in with our vision of team building and achieving goals. It is a wonderful metaphor for our daily work and fits well with our core values ​​Lef, Solution-oriented and Together. The sponsorship of Team Childhood I was a logical continuation of our sponsorship of the 69F youth foil project Team DutchSail – Janssen de Jong. Both campaigns focus on training young talented sailors. We would like to inspire this new generation with entrepreneurship, innovation and courage. We want to show that dreams come true if you persevere and work together.”

Sailing Holland is a collaboration of professionals. The collaboration started in 2013 with Gideon Messink and Anita van Oeveren. In close collaboration with 8-fold participant in The Ocean Race Bouwe Bekking. Together they had a dream to participate in the Volvo Ocean Race 2014 -15 with a Dutch boat and an experienced team. Together they went looking for sponsors. Not a sponsor for the entire campaign, but different sponsors who can reinforce each other, work together as a team and go for the highest possible result.

Sailing Holland has now participated in the Volvo Ocean Race twice and is now preparing for the next edition of The Ocean Race 2022-23.

The main goal of Sailing Holland now is to train young enthusiastic people who have the dream of sailing an Ocean Race. Coached by professionals, there is a group of talents who sail as crew on the VO65. The goal is talent development so that more Dutch sailors can participate in the Ocean Race. 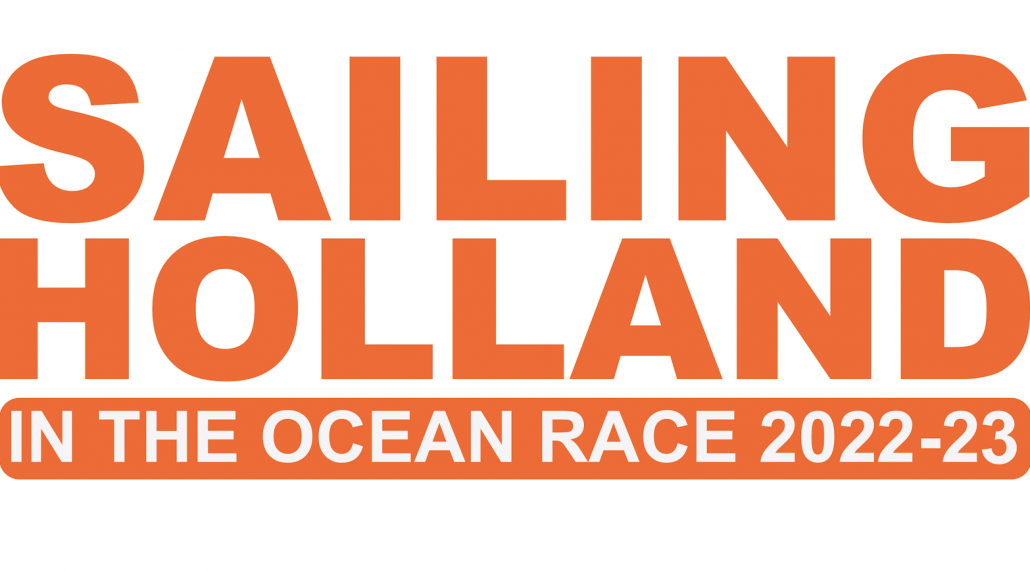 America's Cup 2021! The strength in this campaign comes from collaboration. Under the enthusiasm of Pieter-Jan Postma, DutchSail and Sailing Holland are working together on the great project to put offshore sailing in the Netherlands on the map. This is done together with a group of enthusiastic companies, with Janssen de Jong Group as main sponsor. 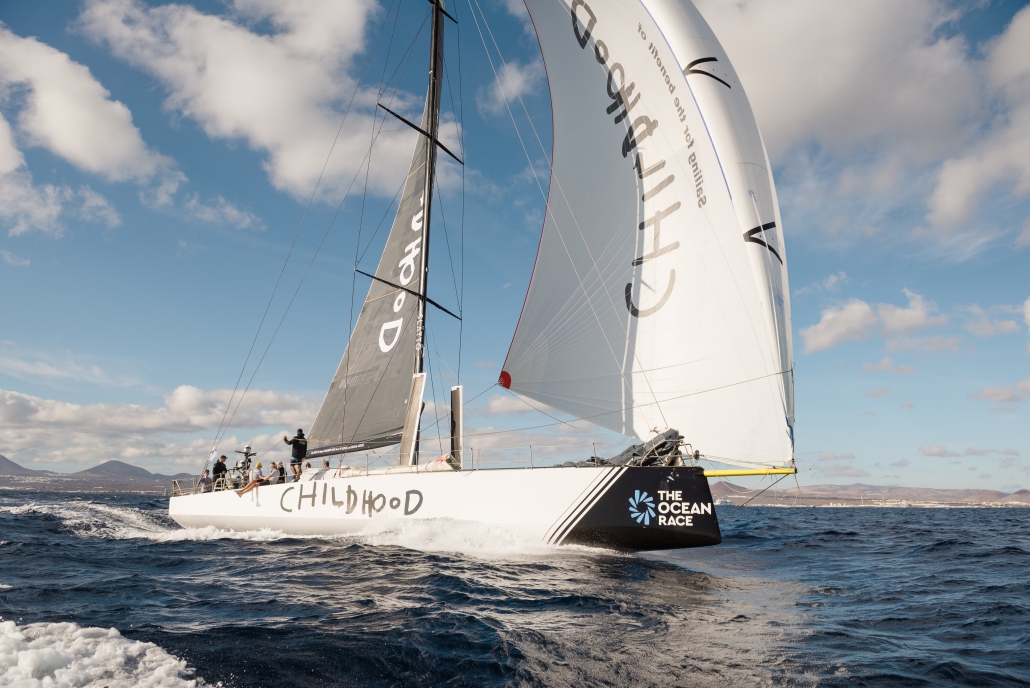 In October 2019 Sailing Holland entered into a partnership with the World Childhood Foundation (founded by Queen Silvia of Sweden) to generate more brand awareness for this foundation, which works worldwide to protect children against violence and sexual abuse. The boat name was changed from Team Brunel to Childhood1. Everyone who comes on board contributes a bit to the brand awareness of the foundation and the new Swedish – Dutch campaign in the Ocean Race 2022-23, by means of a donation/contribution.

In the Volvo Ocean Race 2017 – 18, the boat took part in the Volvo Ocean Race for the second time. Just like in the 2014-15 edition as Team Brunel. under the name of main sponsor Brunel. After the success of 2014-15, Sailing Holland immediately started looking for new sponsors for the 2017-18 race. This was not easy due to various circumstances. Finally, the team was able to start at the end of July 2017. A late influx, but skipper Bouwe Bekking once again gathered good people around him, including Peter Burling, Kyle Langford, Louis Balcaen, Abby Ehler and Carlo Huisman. Another approach: many young people with a lot of knowledge and ambition. From the halfway point of the race, the team was unstoppable and made up for the gap that had accumulated in the beginning, leaving the team neck and neck with the winning teams: DongFeng and Maphre. After a nerve-racking battle, Team Brunel had to settle for an honorable third place. 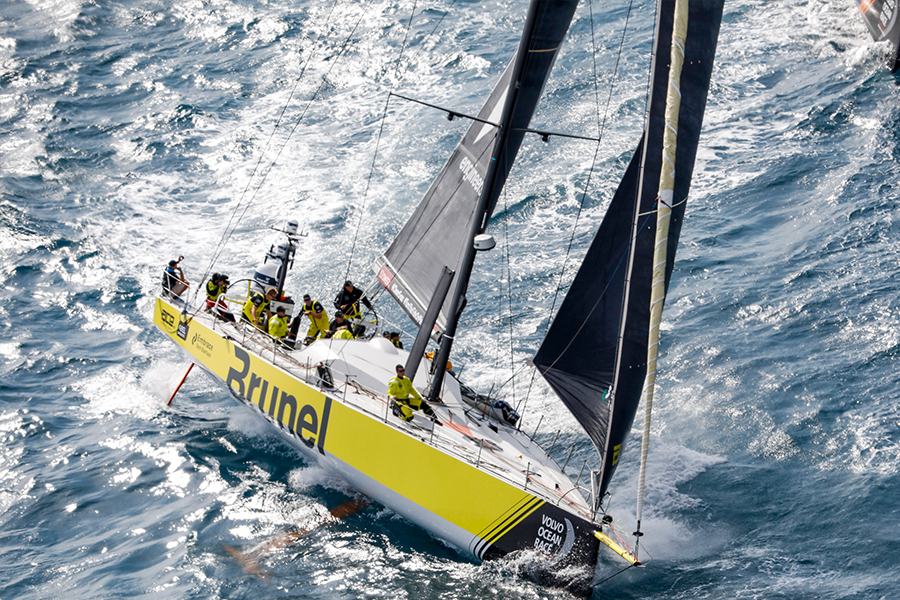 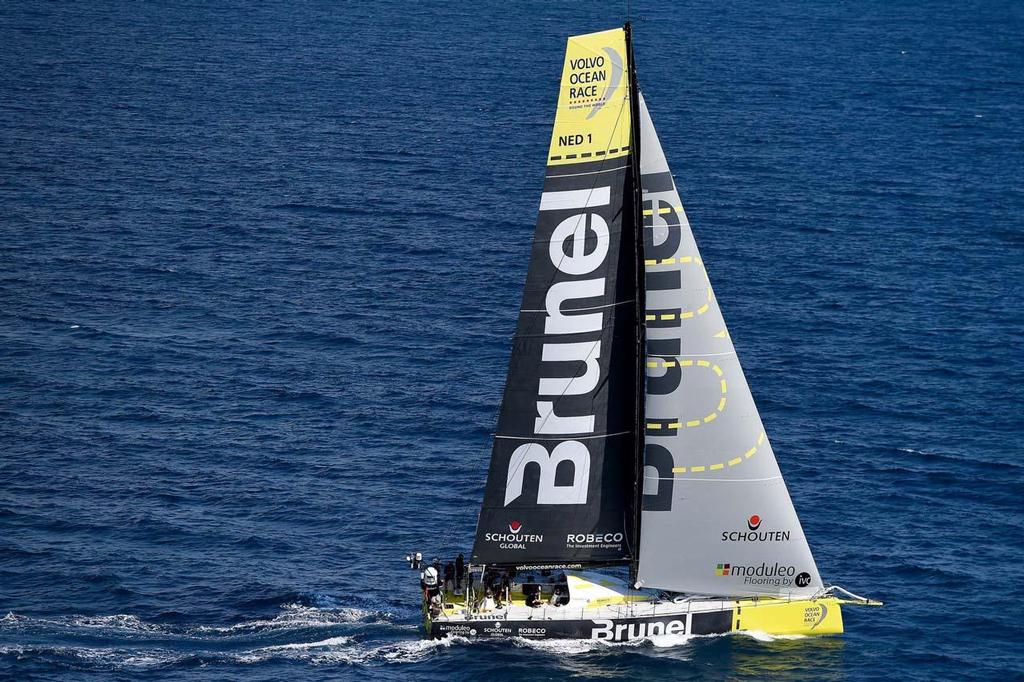 In the Volvo Ocean Race 2014 – 15, the boat took part in the Volvo Ocean Race for the first time. Team Brunel 2014-15 was a collaboration of Brunel, Schouten, Robeco and Moduleo. The crew including Bouwe Bekking, Andrew Cape, Pablo Arrarte, Gerd – Jan Poortman, Louis Balcaen and onboard reporter Stefan Coppers sailed to a creditable second place in the final standings.

We’ll be glad to help!

PR Sailing is specialized in sailing events and racing management. From exclusive events in exotic places to a sporty evening on the IJsselmeer or a high-tech sailing event. The quatlity and performance of the boats is important as well as good food and drinks.

Do you have a question about our events, the possibilities or our other services?